Can a dark skinned black person get brain cancer?

Have you noticed the similarities between skin cancer and brain cancer? The darker a person’s skin, the less likely they are to get both cancers. You are unlikely to see a dark skinned black person with a brain tumour. Both cancers have temozolomide as treatment. I have seen cases where a certain drug that is used primarily for skin cancer has had a beneficial response for brain cancer. The same is true for immunotherapy. Vitamin D3 has profound anticonvulsant properties when you have the correct amount for your body, if you are deficient you do worse. It is a well known fact that many Asians and North Africans are deficient in vitamin D so the earlier fact about skin pigmentation is largely ignored for brain cancer when you look at the stats. Just a few thoughts I’ve had that I wanted to share. Some ‘controversial’ opinions I have.

Here is some possible evidence for this:

‘The risk for primary brain tumors in Caucasians is higher, as much as two-fold with gliomas, than in people of other races.’ http://www.nytimes.com/health/guides/disease/brain-tumor-adults/risk-factors.html

Ethnicity – Interestingly, in the US, whites are more prone to gliomas and less prone to meningiomas than blacks. People of northern European descent have double the chance of developing brain tumors than the Japanese.

I have met over a thousand brain cancer patients now and none of them would have been considered ‘black’. I have black African background on my mother’s side (she is mixed race), but upon diagnosis I was severely deficient in vitamin D and followed a low fat diet for years which is obviously not helpful.

Researchers I have discussed the race issue with only mention cultural diets, which is certainly a major factor, but I believe vitamin D which we mainly get from the sun and how we are able to take it in also has a big role to play. It reminded me how smoking is worse for you if you have Sarger skin because the more melanin you have the more nicotine you take in.

I’m looking forward to receiving this book to learn more because I still have a lot to learn. I will update this entry to give more facts about race and brain cancer because it’s a subject which is overlooked. 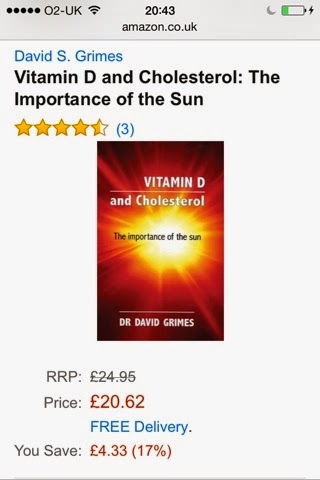