More thoughts, experiments and investigations on curcumin in vivo

Following on from my last post, I have been questioning myself more about optimal dosages for supplementation of curcumin, particularly in light of such studies whereby ‘high’ amounts of the compound are tolerated with minimal to zero toxicity reported. One particular study caught my eye. 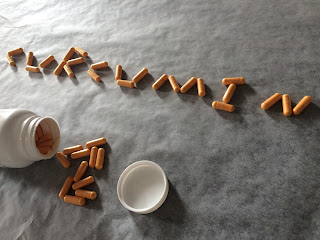 12,000 mg is a lot considering I take 1,500 mg per day which I deem to be the optimal therapeutic dose for me as an individual. There may be situations by which higher doses may be more beneficial though I believe the dosages I maintain at the moment should be adequate for my current aims.

The results of the study revealed some thought provoking findings though I dd wonder about the 17 participants that did experience issues:

The study goes on to say that ‘no toxicity appeared to be dose related’, indicating that of those 17 participants there may have been extraneous factors or sensitivities to the curcuminoid formulation regardless of the dose ingested. I also believe that because the trial was looking at a single, oral dose of this formulation, it may have been enough to explain some of these mild, adverse effects. Nevertheless, they concluded that ,’The tolerance of curcumin in high single oral doses appears to be excellent.’

Given the relatively very high doses used in the study on the whole and the fact that only mild toxicity was reported, I would say that this conclusion appears to be valid but I would like to see more studies using high such high doses for comparison in order to truly validate these findings.

Another aspect of curcumin I have been looking into is a hypothesis I had about curcumin being beneficial to combat neurodegenerative disease, in part by acting as a chelating agent. http://content.iospress.com/articles/journal-of-alzheimers-disease/jad00330

Iron (Fe) and copper (Cu) are essential to neuronal function; excess or deficiency of either is known to underlie the pathoetiology of several commonly known neurodegenerative disorders. This delicate balance of Fe and Cu in the central milieu is maintained by the brain barrier systems, i.e., the blood–brain barrier (BBB) between the blood and brain interstitial fluid and the blood–cerebrospinal fluid barrier (BCB) between the blood and cerebrospinal fluid (CSF). http://www.sciencedirect.com/science/article/pii/S0163725811002014

It is worth noting, as I referenced in my magnesium and epilepsy report, that a hallmark of many neurodenerative diseases is an impaired blood brain barrier (a so-called ‘leaky brain’), which would make these homeostatic interventions more necessary. A suitable analogy may be that it is like keeping an open wound clean to avoid infection. We don’t want an accumulation of metals in the brain as it would allow the disease to progress. 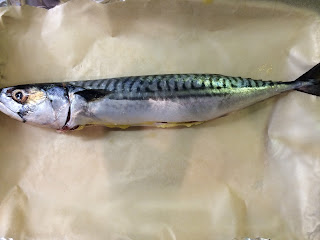 Keeping all this in mind I then began to wonder if the same benefits of curcumin as a chelating agent could apply to mercury toxicity. I eat a lot of fish so I have been contemplating this benefit/risk conundrum for some time. Interestingly I then found this rodent study-

The results indicated that- ‘Curcumin treatment (80 mg kg−1 b.w. daily for 3 days, orally) was found to have a protective effect on mercury-induced oxidative stress parameters, namely, lipid peroxidation and glutathione levels and superoxide dismutase, glutathione peroxidase and catalase activities in the liver, kidney and brain.’

There is no requirement for mercury of course (its all bad!) so this would be welcome news if humans can benefit in a similar fashion. Effective doses would need to be established of course. The European Laboratory of Nutrients (ELN), do Toxic Elements tests that would enable me to see what is going on in my body and could enable me to be more thorough with my own experiments. They can be found here and it would probably be a great idea to have these tests for those who experience brain fog or have a history of neurodegenerative disease in their family. http://www.europeanlaboratory.nl

It is a difficult balance at times however the problem is typically too much rather than too little.


This may be a useful supplement to take for patients who have a gadolinium based contrast agent when having MRI scans in light of recent evidence.

‘Newer reports have emerged regarding the accumulation of gadolinium in various tissues of patients who do not have renal impairment, including bone, brain, and kidneys.’ http://link.springer.com/article/10.1007%2Fs10534-016-9931-7

It would be interesting to see if patients who have fewer MRIs with the contrast for the same stage of disease live longer than those who have the imaging procedure more frequently. I suspect we would never see a study like that due to reasons of efficacy (ironic perhaps in light of this study), however it would be interesting to see if there is any correlation. I know correlation does not always equal causation but there are probably ways you could qualitatively measure this alongside subjective observational findings.