Visit to the holistic dentist- its been a long time coming…

I just had an interesting meeting at the dentist, The news I received wasn’t surprising considering I had been meaning to remove two fillings in my mouth for a while. The whole situation left me quite upset, knowing that this situation is not unusual. I have 2 amalgam fillings that I have had for years and I know that mercury toxicity can be a causative factor for ‘brain fog’ and a contributory factor for several neurological conditions and diseases.

Some background research showing why this visit is so important for my long term health:
‘Unpolymerized resin (co)monomers or mercury (Hg) can be released from restorative dental materials (e.g. composites and amalgam). They can diffuse into the tooth pulp or the gingiva. They can also reach the gingiva and organs by the circulating blood after the uptake from swallowed saliva.’ http://link.springer.com/article/10.1007/s00204-006-0073-5

‘Mercury exerts a variety of toxic effects on both neurons and glia and also may play a role in patho- physiological mechanisms of Alzheimer’ s disease in neuroblastoma cells.

Studies in vivo and in vitro have shown that mer- cury generates reactive oxygen species (ROS) and lipid peroxidation in brain tissues, suggesting that the cell injury induced by ROS, including super- oxide anion, hydrogen peroxide, hydroxyl radical, and peroxynitrite, may contribute to the development of neurodegenerative disorders caused by mercury intox- ication.’ http://link.springer.com/article/10.1023/A:1013955020515

I was deeply concerned with how I wasn’t able to have this removal much earlier after my cancer diagnosis. I had experienced significant apprehension over a period of time about the thought of seeing a ’normal’ dentist. I had actually given in and saw one eventually, but they were adamant that it would be best to leave the fillings, informing me that it would actually be more of a risk to remove them, exposing myself to more of the mercury. I knew then that in time I would have to save up and get a second opinion from someone who was less stubborn and better qualified to offer me careful, safe removal of the fillings.

It is remarkable to me looking back that I have had the positive response of complete remission of my cancer considering what I was about to hear. Normally throughout the day I feel incredibly alert and well, however my suspicions to what might be the cause of my residual, transient spells of brain fog and spontaneous fatigue appeared to be confirmed.

More about the meeting:
Oral health is essential for overall health, especially the gut and brain. My meeting today was with a fantastic holistic dentist in London, David Cook. http://www.londonholisticdental.com/about-us/david-cook-profile/ 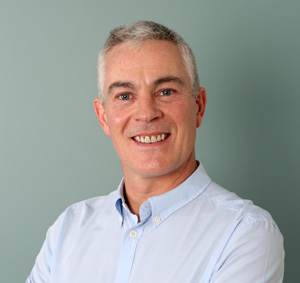 It is always a relief to find any kind of medical professional who understands my condition and metabolic approach to it. I also continually find this quite impressive and comforting, being such a rarity. He advocates a functional approach for all of his patients and carefully examines diet and lifestyle before even looking at the patient’s teeth. A thorough assessment of the teeth, gums, jaw, and throat are then performed as pictures are taken of the internal structures (not x-rays, he only uses these as a last resort).
The dentist explained to me how I have these 2 amalgam fillings and one other one (a type of resin). The one on the left was damaged and visibly leeching mercury into my saliva. I explained to him that although my epilepsy is completely controlled through dietary intervention, I continue to experience seizure-like events daily with a battery like taste on the left side of my tongue (the filling leeching mercury is on the left I discovered). This happens at random periods daily but resolves itself spontaneously. The accompanying fatigue and brain fog is quite debilitating and sudden, but gradually I ‘snap out of it’ and its like nothing happened. It comes and goes in spells, always with the same taste. If it were general seizure activity I would suggest that it would take much longer to recover so perhaps my diet is acting as a plaster to lessen the damage. It also validates my recent use of chlollerra as a chelating agent and ensuring I have plenty of selenium in my diet. The damage to this toxicity however remains accumulative as I know so next week I will be having these fillings carefully and safely removed. 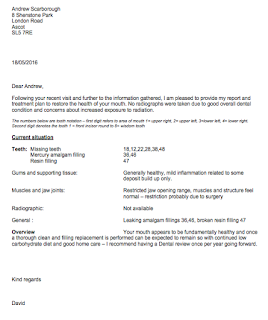 Situations like this make me incredibly disappointed as it will cost me a lot of money to fix something that isn’t my fault but is the fault of modern, western ‘civilisation’. It makes me slightly paranoid, not sure what medical professionals to trust. The ones you can trust cost a lot of money which is hard to find. It can be a double edged sword living in London in that respect. The system is flawed and although we have the NHS, which is great for many ailments, I won’t knock it for that, we need to leave the system and go private for these things to get the care that will save us rather than suffer the maladies of modern western care that is supposed to help us to stave off disease rather than contribute to it. Money Money Money?
The great news that this is a huge step forward for my long term health and despite the expected undesirable result of these investigations, I have already experienced how incredible the human body can be at re-adjusting, maintaining healthy homeostatic mechanisms once an assault to it has been removed. This makes me very happy and positive.

This procedure awaits me next week, wish me luck…

Amalgam replacement protocol
On day of treatment- high dose Vitamin C ideally 3g of slow release Vit C taken in 3 spaced doses
1. Pre-treatment ingestion of charcoal (belt and braces – in case any amalgam slips past protection) 2. Use of rubber dam – (isolates tooth from mouth and airway so debris not ingested or inhaled.
3. Copious water and high volume evacuation – (lowers atomisation and gaseous release of mercury) 4. Clean nasal air supply during removal – (reduces inhalation of mercury vapour)
5. Supplement advice on clearing body mercury –  Chelation to clear as much free mercury residue from tissues/bloodstream – Selenium (best form is Selenomethionine) 20mg per day and continue for a minimum of 30 days. Chlorella 1000mg per day and again continue for 30 days
John Bell and Croydon Wigmore Street carry good stock and Farmaline.co.uk is a good online source
This protocol eliminates the risk of increased exposure to potential toxins during removal.